Pig Candy is bacon that is covered in brown sugar and spices then smoked.  Basically… candied bacon!

I like to throw some Pig Candy on the smoker to have as a snack when I’m doing longer smokes like ribs or brisket.

The basic pig candy recipe calls for bacon, cayenne, and brown sugar.  Some people will also put a coat of maple syrup on toward then end of the cook. 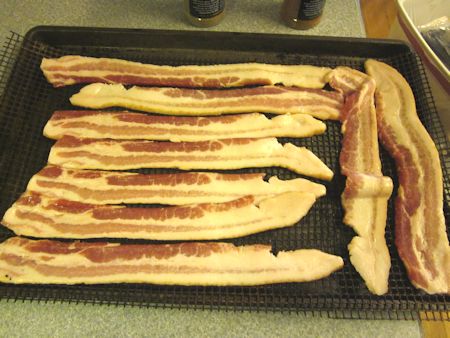 2. Sprinkle the bacon with cayenne or other seasonings.  Often I use some of my favorite rubs.

3. Put a generous coating of brown sugar on the bacon.

4. Let the brown sugar melt a little on the bacon then flip and repeat steps 2 & 3. 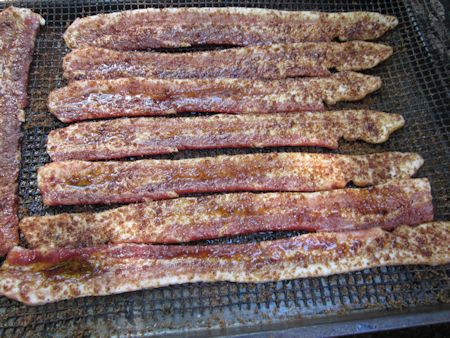 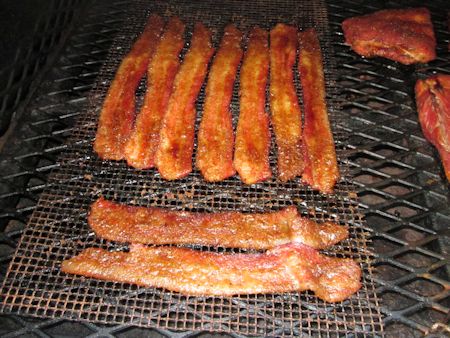 Notice in the photo above that the Pig Candy is smoking on a Frogmat.  The frogmat keeps the bacon from sticking to the grates.  And it is easy to pick up all the pig candy at one time to move or remove from the smoker.

6. Enjoy the Pig Candy with your favorite beverage! 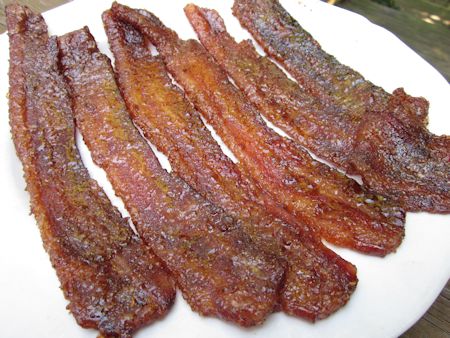 Taste testing is the best way to tell if the pig candy is done.  When it looks good, pull a piece, let it cool for a minute, then sample.  There’s a sweet spot in the cooking timeline where it melts in your mouth when you eat it.  Under cook and it will still be stringy but over cook and it becomes tough.