BBQ is a religious experience for many in Texas. And, the focus of this admiration is the Texas Trinity or Holy Trinity of Texas BBQ. 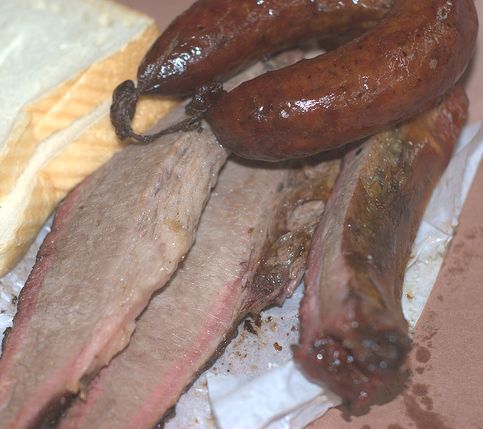 The Texas Trinity includes brisket, sausage, and ribs. The sausage is typically beef but may be pork while the ribs are either full spareribs or giant beef ribs.

Back in the 19th century, Czechs, Germans and Hungarians immigrated to Central Texas and brought with them their passion for making sausages and smoking meats. German meat-market style restaurants like Kreuz and Louie Mueller opened and began forming their own BBQ congregations.

The Texas Trinity is usually smoked with post oak or mesquite wood and seasoned simply with salt, black pepper, and cayenne.

If you’re ever in the Austin BBQ Belt be sure to check out the Texas Trinity and maybe you’ll be a convert too.